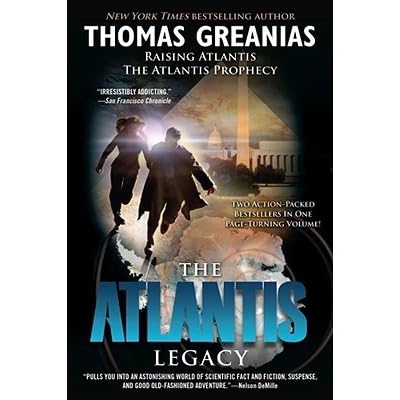 
It might as well be Mars. Drake paused. The gale had blown over.


At the moment, the katabatic winds were dead calm, the silence awesome. But without warning the winds could come up again and gust to a deafening mph. Such was the unpredictable nature of Antarctica's interior snow deserts. Drake unzipped his freezer suit and relieved himself. The nip of the cold stung like an electric socket. Drake counted down from thirty under his foggy breath.

At T minus seven seconds he zipped up his pants, said a brief prayer of thanks, and looked up at the heavens. The three belt stars of the Orion constellation twinkled brightly over the barren, icy surface. The "kings of the East," as he called them, were the only witnesses to his dirty deed.

Wise men indeed, he thought with a smile, when suddenly he felt the ice rumble faintly beneath his boots before fading away. Another shaker, he realized. Better get the readings. Drake turned back toward the white domes of the base, his boots crunching in the snow. The domes should have been a regulation yellow or red or green to attract attention. But attention was not what Uncle Sam wanted. Not when the Antarctic Treaty barred military personnel or equipment on the Peace Continent, except for "research purposes.

Drake's unofficial orders were to take a team of NASA scientists deep into the interior of East Antarctica, charted by air but never on foot. They were to follow a course tracking, of all things, the meridian of Orion's Belt. Upon reaching the epicenter of recent quakes and building the base, the NASA team immediately began taking seismic and echo surveys.

Then came the drilling. So the "research" had something to do with the subglacial topography of the ancient landmass two miles beneath the ice. Nor could he imagine why the team required weapons and regular reconn patrols. But Vostok Station was almost four hundred miles away, ten hours by ground transport. Whatever was down there had to be at least twelve thousand years old, Drake figured, because he'd read someplace that's how long ice had covered this frozen hell.

And it had to be vital to the national security of the United States of America, or Washington wouldn't risk the cloak-and-dagger routine and the resulting international brouhaha if this illegal expedition were exposed. The command center was a prefab fiberglass dome with various satellite dishes and antennae pointed to the stars. As he approached the dome, Drake set off loud cracking pops when he passed between several of dozens of metal poles placed around the base. The bonedry Antarctic air turned a human being into a highly charged ball of static electricity.


The warmth generated by thermal heaters placed beneath the banks of high-tech equipment welcomed Drake as he stepped inside the command center. He had barely closed the thermal hatch when his radio officer waved him over. Drake stomped over to the console, shaking off snow. He discharged his fingers on a grounded metal strip along the console edges.

The sparks stung for a second, but it was less painful than inadvertently zapping the computers and frying their data. The radio officer flicked a switch. A regular, rhythmic rumble filled the room. Drake lowered his parka hood to reveal a tuft of dark hair standing on end.

He tapped the console with a thick finger and cocked his ear. The sound was definitely mechanical in nature. That's probably their Hagglunds snow tractors we're picking up. Yeats was going to go ballistic. One of the overhead lights began to swing. Then rumbling shook the ground beneath their feet, like a distant freight train closing in. Drake heard a crack and looked up.

A small chunk of ice from the ceiling was falling. He stepped out of the way. Drake opened the hatch and burst outside.

The rumbling was deafening. Breathing hard, heaving with each long stride, he ran across the ice to the perimeter of the camp and stopped. Drake raised his M and scanned the horizon through the nightscope. Nothing, just an eerie green aura highlighted by the swirling polar mist. It felt like a hundred of them. Hell, maybe the Russians were moving in with their monster eighty-ton Kharkovchanka tractors. The ground shook beneath his feet. He glanced down and saw a jagged shadow slither between his boots.

He jumped back with a start. It was Convert currency. Add to Basket.

The first two blockbuster adventures in the instant New York Times bestselling Atlantis Trilogy--together in one electrifying volume! Archaeologist Conrad Yeats must race to unlock its devastating power. The Atlantis Legacy is a story of an ascension cycle which ended with the destruction of the beautiful community of Atlantis. But it is more than a cautionary tale even though we are re-living our Atlantis legacy today.

We will succeed in moving beyond our Atlantis experience because we now have the opportunity to heal the Atlantean Paradigm. Our choice to learn from and heal these memories and energetic imprints will be the deciding factor for whether we move into higher dimension of being and eclipse our Atlantis experience, or re-create the destruction of Atlantis and begin another ascension cycle. Through our collaborative intention to ascend, to open the gateway to higher dimensions, to experience life on Earth as heaven on earth, this ascension cycle will reach the completion we desire.